What is obesity and how it effect your health? 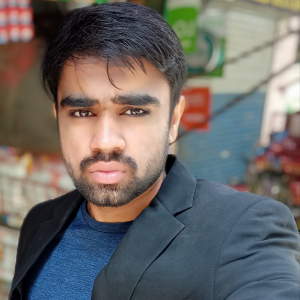 Obesity is a health condition or a disease that can put your body’s health in a risky position. In this condition, your body gains too much weight and fat that it can start to look abnormal bulky, heavy, and maybe ugly.

It is a health issue in which you gain too much fat tissue on your body especially on abdominal, and hip areas that can make the weight scale say “please stop using me or lose some weight”.

Being obese can put you in the way of dangerous and fatal diseases because it is in the list of top ten health issue generator that has high links with diseases those causes large numbers of deaths in peoples. (1)

Mostly the terms obesity or obese are used for an overweight or too heavy weighted person but it is the wrong call. Being overweight and obese are two different things.

You may need to know that this health issue is preventable. With some proper care and change in your life, you can become able to prevent or get rid of obesity during your lifetime. (1)

High numbers of diseases like blood pressure, diabetes, heart diseases, cholesterol problems, and many more health issues are linked with it. (1)

WHO has set the measurements of body mass index to calculate obesity. According to WHO a person who has BMI from 18 to 24.9 is at a normal weight, while a person with a 25 to 29.9 reading is overweight, a third is obese a person with 30 or more BMI measurement is called obese.(1)

Body mass index (BMI) results are achieved by measuring body height and weight. This measurement technique is not suitable for everyone because BMI measurements have failed to determine obesity in athletes.

There are huge numbers of heavy-weight athletes or sportsmen who have the least fat and highly muscular bodies.

That is why WHO has said the BMI rule can not be applied to everybody. It can be useful for common peoples but who do exercises, for them it may not be suitable.

For athletes, there is a way to calculate body fat and that is by using a body fat caliper. Most peoples from the fitness world use it at a high level. (1)

Calculating the body mass index (BMI) is not a complicated process. You just need to measure your height and weight and the remaining process and results can be achieved through some health tools or apps that give good results.

You can also take help from hospitals or health clinics. You can calculate your BMI here if you know your height and body weight.

Obesity and its impact on global health

This health issue is causing havoc globally and huge numbers of peoples are suffering from its risks and complications.

Before the era of 1975 obesity was involved less in people’s lives as during those times fewer peoples were obese if we compare with current modern days. Due to the high availability of food sources, this health issue is surviving at full pace.

Millions of peoples are currently suffering from it. Obesity is destroying 3 times more people’s life as compared to its bad work in 1975.

According to studies obesity is the main reason that is causing early deaths in peoples.

As a major contributor to causing diseases, this health issue is generating high numbers of diabetes patients approximately 60 percent of new patients are reported obese.

Moreover, it is also responsible for heart diseases, blood pressure, cancer, and other health issues that have high risky and dangerous life-threatening results. Due to its complications and risks, approximately 3 million young to adult peoples are getting premature death letters annually. (2)

Due to the high prevalence of obesity, many countries that have huge numbers of obese populations are facing the loss of billions of dollars. Like according to studies this health issue is costing 311 billion USD dollar to OECD countries. (2)

Other countries like the USA or European countries are losing or spending billions only due to obesity or high numbers of the overweight population. (3)(4)

Which age peoples are most affected

You may need to know that this health issue can be present in almost every aged person.

Children, young or adult peoples all are affected by this disease as issue studies say.

Here are the calculation and analyses of obesity that was affecting the life of different aged peoples in different years. This calculation or analysis was done by WHO:

13 countries with the most obese population

Obesity is prevailing in both developing and developed countries. Due to the abundance of food sources and less physical activity this issue is rising high in the human population.

According to studies and analysis in 2016 here are the 13 countries that were getting big blow from this issue:

Obesity in the United States

Obesity in the United States is higher as compared to its companions or counterparts like more than 36 percent population was obese in 2016 which is high if we compare it with Canada(29%) UK(27.8%l), and Netherlands (20℅).

In Wikipedia’s heaviest person list, United States has the most candidates(mean citizen names). (6)

The Annually United States of America is spending or losing billions just in treatment, prevention, and loss it is receiving due to this health issue. (2)(3)(4)

Finland has one of the most developed health-related structures for its peoples.

Almost 22 percent of peoples in Finland were obese in 2016. Even with a health-friendly and good living environment, this issue is affecting a reasonable number of the population.

But this issue is prevailing less in Finland if we compare the prevalence in other countries or regions like in UK 27.8 percent peoples were obese according to the same study. (5)

In Pakistan obesity is rising even it is a developing country with less resources. According to data 8.6 percent population of Pakistan was obese in 2016.

Mostly it is due to their unhealthy diet which they eat in high quantity. The majority of Peoples their likes to eat high carbs, sugary and fried foods. (5)

Being obese can put your health in serious hazard. There is a long list of diseases and health complications that are linked with this health issue. Here are some main health and fitness problems that obesity can cause:

Obesity is linked strongly as a cause of diabetes in peoples. Studies say that 60 percent of new patients that are being diagnosed with diabetes are overweight or obese.

According to the studies and researches, high-fat tissues along with inflammation in an obese person’s body may be the reason for causing diabetes. (7)

Another study says that high body weight is the main reason for type 2 diabetes, as almost 90 percent of peoples got it due to being overweight or obese.

Almost 197 million peoples around the globe are facing body glucose problems mainly due to their heavyweights.

Researchers have warned that these numbers can touch the 420 million in 2025. If that happened then it will be a huge blow for the world health system. (8)

Obesity is highly linked with dangerous or fatal heart incidents. Even with the large availability of health knowledge heart diseases are still prevailing.

Heart-related diseases and risks are most deadly as they are causing most deaths as compared to any other diseases. Studies say that obesity not only causes heart problems but also increases the complications and effects of these. It can cause premature or early death in peoples.

Moreover, other issues like high blood pressure, diabetes, are also linked with obesity which can make heart diseases further lethal or fat.(9)

All of these diseases are worse and can cause huge health damage. (11)

Childhood obesity is prevailing as researchers have given the warning to the peoples that their child obese condition can increase many serious health complications and issues.

Medical researchers say childhood obesity can cause early death even when the child reaches the adult age these risks don’t usually go away because an obese child usually grows into an obese adult. (12)

Obesity is a serious cause of hypertension. An obese person is more likely to have high blood pressure as compared to healthy weighted peoples.

According to studies and researches, obese parents are more likely to have obese children.

Researches on obese and normal weighted children have found that too much fat on the body can lead to high hypertension risks in obese children whereas those risks were low in normal-weight children.

Obesity in families can increase the risks of children getting obese and facing various health issues including hypertension. (14)

Studies have concluded that losing the extra weight not only helps you to lower your blood pressure but it also reduces the risks of diabetes effectively. (15)

This health condition can cause different cancers.

Being obese can increase your risk to get other dangerous cancer like liver, kidney, prostate gallbladder, and ovary cancer. Many studies and researches have already warned the peoples about these consequences. (17)

Osteoarthritis is affecting huge numbers of peoples. In this condition, bone cartilage that protects the end of your bones wears down.

Many scientific types of researches have found a strong link between obesity and osteoarthritis. Researchers conclude that being obese not only increases the risks of joint problems but also causes more related injuries over a long time. (18)

Here are some main causes of obesity:

Here are some preventions that can be helpful for you to reduce your risks to get obese:

How to get rid of it

Here is how you can lose it:

The critical obese person needs medical treatment like surgeries along with a strict diet.

Obesity is a serious health issue. It is affecting people’s life, health, and the world economy badly.

High risks of mortality-related diseases are caused by it. Preventions work better instead of treatment. You can reduce your risks of getting obese by eating healthy foods like protein, fiber-rich foods, along with daily physical activities or exercises.

Take it seriously or you may get serious complications and risks due to it.

Sarfraz
Sarfraz is a 26-year-old writer. He loves to read and write. These are his best hobbies. Sarfraz is an experienced nutritionist & fitness trainer. Mostly he writes on health or fitness-related topics. His best friend is his brother Dr. Omer (MBBS) who reviews his articles. HERE IS EMAIL If you want to contact him: sarfraz@address4health.com
Subscribe
Login
0 Comments
Inline Feedbacks
View all comments

Best Tips for positive impact on Child Health and Life 11 reasons why your muscles are not growing

Harms of child abuse and how to prevent it? Your 15 habits that increase belly fat. Be aware

This is what smoking do to your healthy body, quit it

Benefits of morning walk that you can easily get

Useful tips to encourage and inspire child for exercise

Best Tips that can help you to choose a gym

List of running Health Benefits that you can achieve

Child obesity; How to protect children from it

5 best abs exercises you can do anywhere

Jogging vs Sprinting, and how to perform properly Can you build muscles without supplements? A complete exercise guide for beginners We don’t provide medical treatment here. The main purpose of this website is to spread Health and Wellness awareness via valuable Information. For Medical Treatment go to the  Doctor. Thanx

Do not sell my data

[Developed and Designed by Sarfraz]

Javascript not detected. Javascript required for this site to function. Please enable it in your browser settings and refresh this page.

This site uses cookies to Enhance your using Experience.